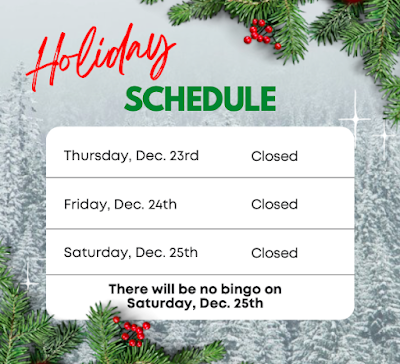 How many times have I been told what is good for me, but I still don’t do it? For example, I know I shouldn’t eat that second bowl of ice cream. (I probably shouldn’t eat the first bowl, but you can only do so much!) Or eat that candy bar because it’s high in sugar. Or that piece of pizza that is low in sugar, but high in sodium. So what can I eat? I know – vegetables, fruits, legumes, nuts, beans, cereals, grains, fish, and unsaturated fats such as olive oil – basically a Mediterranean diet. But I grew up in the Midwest, meat and potato country, where a good meal was plenty of it.  So, I am not predisposed to eating right and it can be hard to change.

BJ Gallagher, a contributor to HuffPost an online news source, knows it’s not easy to change habits but has some ideas on how to stay motivated to do what you know is good for you.

Drop “should” and “ought” from your vocabulary.

These are negative words driven by a sense of guilt. Instead, try using “want” which is positive. “I want to eat less sodium”. “I should eat less sodium.” See the difference?

Keep It Small and Simple.

Set yourself up to succeed by setting small, achievable goals. To start walking, try walking around the block once; then gradually increase the distance. How do you eat an elephant? One bite at a time.

No one can do it for you, but you can’t do it alone.

When you go walking ask a friend to join you. Or if you want to exercise, join a Strong Women’s or water aerobics class. Knowing friends are expecting you is a great motivator – plus you can catch up on the latest news.

Success is about progress, not perfection.

As you’re moving in the direction you want, pat yourself on the back. Or reward yourself. Buy that pint of Ben and Jerry’s ice cream. Oops, bad example! But give yourself credit for successes even if they are small ones.

Re-train yourself with love.

We want the best for our children because we love them. The same can be said for ourselves. If we care about ourselves, what we “should” do becomes what we “want” to do, and we can start changing old habits.

We’ll soon start a new year: a new beginning to do for ourselves what we “want” to do. It’s possible but it won’t be easy. As Mark Twain wisely pointed out: “A habit cannot be tossed out the window. It must be coaxed down the stairs one step at a time.”

Now, anyone for more fruits and vegetables?

For last week’s question, the voice of the mean old Grinch (and the narrator) in the 1961 animated television special How the Grinch Stole Christmas was Boris Karloff who also starred in the 1931 horror film Frankenstein. I received correct answers from only Gene Uczen, Emmett Sampson, and Keith Clymer all of whom are winners of a quilt raffle ticket.

This week’s “Remember When” questions are about gifts you may have received during Christmas pasts. For the boys, what kind of cap did Fess Parker make famous in the Disney miniseries Davy Crockett? And a tough one for the girls. What was the name of the talking doll popular in the 60s that could speak different phrases including “I love you” when you pulled the string from her back? E-mail your answers to mcseniorcenter@gmail.com, call 541-296-4788, or mail it with a book of S&H Green Stamps.

Well, it has been another week waiting anxiously for the first snow. Until we meet again, even with two strikes against you, you’re still in the game.

“Some people try to turn back their odometers. Not me! I want people to know ‘why’ I look this way. I’ve traveled a long way and some of the roads weren’t paved.” Will Rogers

This site uses Akismet to reduce spam. Learn how your comment data is processed.

We use cookies on our website to give you the most relevant experience by remembering your preferences and repeat visits. By clicking “Accept All”, you consent to the use of ALL the cookies. However, you may visit "Cookie Settings" to provide a controlled consent.
Cookie SettingsAccept All
Manage consent

This website uses cookies to improve your experience while you navigate through the website. Out of these, the cookies that are categorized as necessary are stored on your browser as they are essential for the working of basic functionalities of the website. We also use third-party cookies that help us analyze and understand how you use this website. These cookies will be stored in your browser only with your consent. You also have the option to opt-out of these cookies. But opting out of some of these cookies may affect your browsing experience.
Necessary Always Enabled
Necessary cookies are absolutely essential for the website to function properly. These cookies ensure basic functionalities and security features of the website, anonymously.
Functional
Functional cookies help to perform certain functionalities like sharing the content of the website on social media platforms, collect feedbacks, and other third-party features.
Performance
Performance cookies are used to understand and analyze the key performance indexes of the website which helps in delivering a better user experience for the visitors.
Analytics
Analytical cookies are used to understand how visitors interact with the website. These cookies help provide information on metrics the number of visitors, bounce rate, traffic source, etc.
Advertisement
Advertisement cookies are used to provide visitors with relevant ads and marketing campaigns. These cookies track visitors across websites and collect information to provide customized ads.
Others
Other uncategorized cookies are those that are being analyzed and have not been classified into a category as yet.
SAVE & ACCEPT
%d bloggers like this: